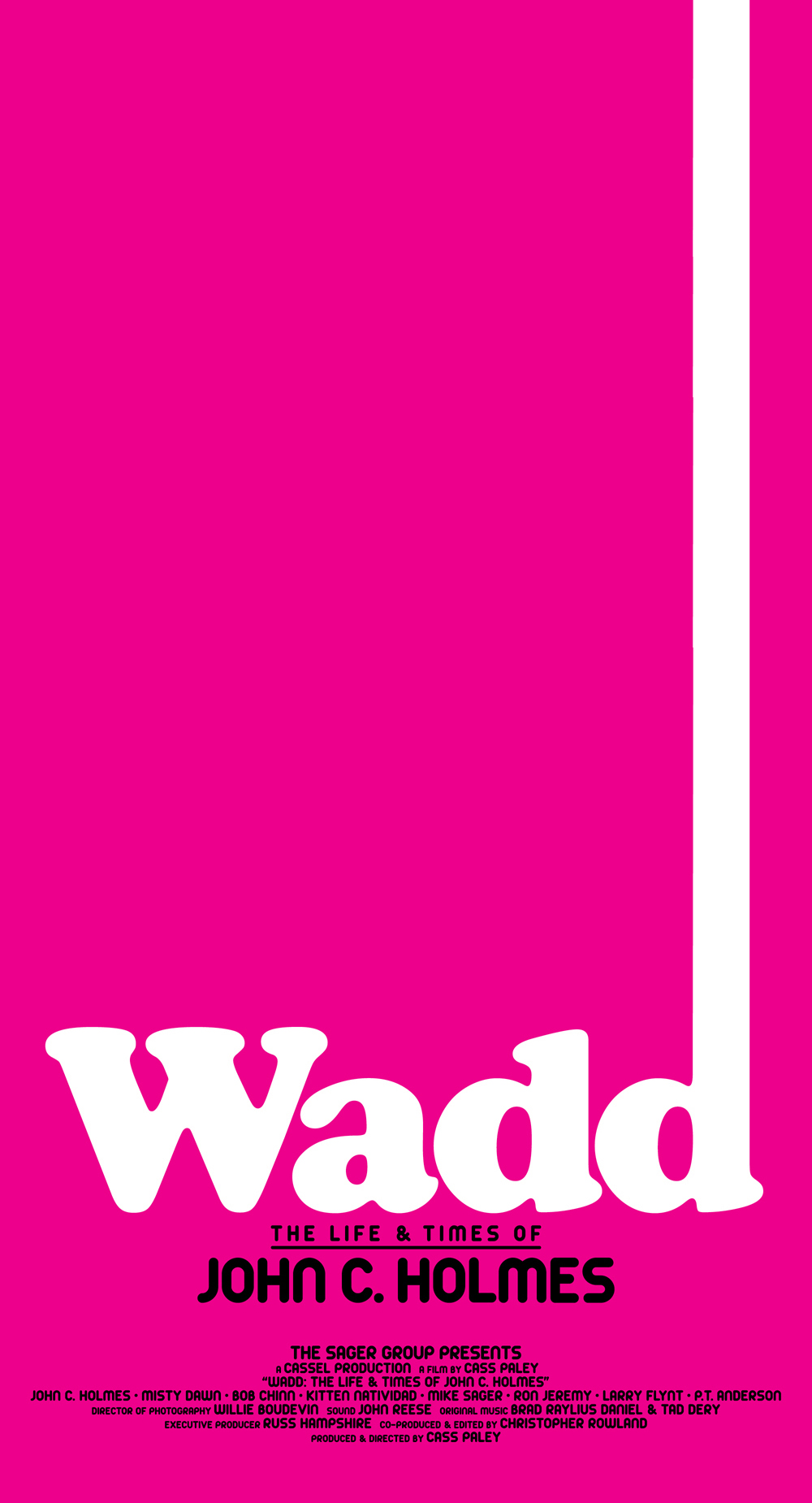 Wadd: The Life & Times of John C. Holmes is a 1998 documentary produced and directed by Cass Paley about adult film icon John C. Holmes. It was the winner of Best Feature Documentary at the 1999 South by Southwest Film Festival held annually in Austin, Texas. It was shown publicly only a few times before being lost. The film has been reclaimed and re-engineered in HD. A national art-house tour is being planned by The Sager Group.

“Wadd leaves us to ponder the difference between Holmes' special 'gift' and, say, another star's beautiful singing voice. When you come right down to it, they're pretty much the same thing, but distributed to different parts of the body.” Stephen Holden, The New York Times

Cass Paley is president of Cassel Productions. He has worked as a production coordinator on Saga of Western Man (ABC), and production manager on the Emmy Award-winning National Geographic special Journey to the Outer Limits. As project coordinator for Unicorn Films, Paley oversaw production and post-production of many ABC World of Entertainment specials, including Darryl F. Zanuck, Filmmaker, and Fred Astaire Salutes the 20th Century Fox Musicals. Paley, a 1971 graduate of Emerson College, began his professional career as a film traffic coordinator and production assistant at ABC TV, in the award-winning documentary division in New York. For the past 12 years, Paley has been the archivist for the Roy Orbison estate while actively creating new documentaries, including The Prisionaires.